Getting a motorcycle and getting snowed into beauty

Posted on October 21, 2014 by Trueworldtravels

Wow the last week has been a tornado. I have been running around like a madman trying to get everything sorted. It all started two sundays ago when I made an eagle on a par four from about 120 yards out, every things gone mad after that. That was in Port Macquarie on the coast north of Sydney, and right after the round I drove seven hours south back toward Sydney and off into the Blue Mountains. In the morning I found my new baby in Bathurst, a 2010 Kawasaki KLR 650. Only 6000KM and almost in new condition. She’s beautiful and going to be my ride around the world. It’s the same bike, except five years newer than the one I rode across America three or four years ago. I loved that bike. I traveled through all the National Parks of the south, from Florida to Oregon, and at the time wanted to take it to every National Park in America, but life went another way. When I sold it it was a very sad goodbye, but I always knew I would find my way back to another. Here’s the old bike: 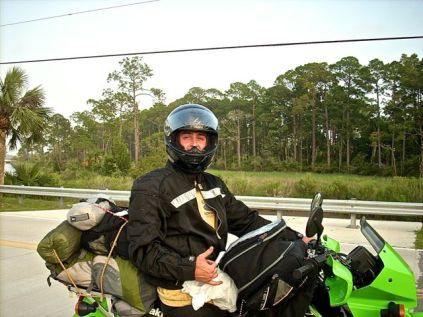 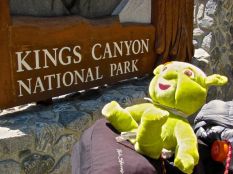 My companion I saved off the road near Zion National Park 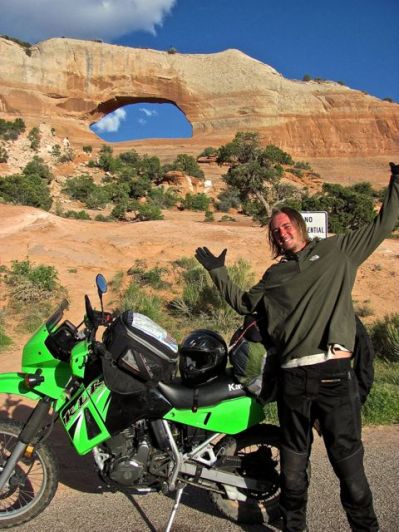 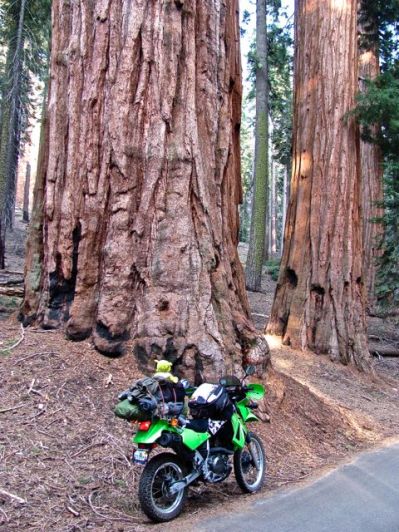 Welcome to the middle of nowhere Colorado

I had always been intrigued by traveling on a motorcycle, like sailing, and I fell in love with it after that trip. I’ve done a bunch of trips since, but mostly on scooters in SE Asia. When planning for this trip I was 50/50 whether to go with a bike or a vehicle, and had decided to go with a vehicle for some reasons. To make a long story short, I had an epiphany in Newcastle, Australia one night when I first was traveling in Australia. I knew that the trip had to be done on a bike. A vehicle was all wrong for every reason. A campervan is perfect for Australia, but for the rest a motorcycle is definitely the way to go. I have to give a little credit to a friend of mine from back home, Tiffany, who right before I left gave me a copy of Zen and The Art of Motorcycle Maintenance. A lot of that book is pretty difficult and hard for me to comprehend, but there are sections that grabbed me. One in particular, he talks about the difference of traveling in a vehicle and on a motorcycle. Being in a car is like watching a movie on a screen, but being on a motorcycle is like being in the scene. Being a part of the movie, the smells, the views, and the way your senses are stimulated from all angles. You feel the road. You taste the air, and smell the foul and delicious aromas that waft past you. I feel like your connection with people along the way is stronger. You provoke more curiosity. So after a long break, my motorcycle adventure part two will commence. Here’s the new bike!!: 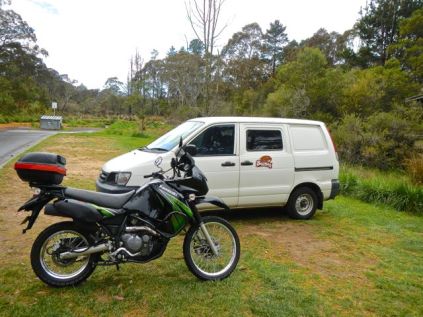 It was a slow start because of the wild storm that rolled into the area. Where I bought the bike was about three hours from Sydney, and took some brainstorming to figure out how to get my van and the motorcycle back to the city. Alan, the guy I bought it from was awesome and helped me out immensely. On the morning I bought it, the weather system started to move in and lightning, thunder, and rain were all around. He was kind enough to load the bike into his trailer and drive it over an hour towards the city to Blackheath, where there was a caravan park and train station. This was perfect so I could drive the van in, and then catch the train back to pick up the bike. This unfortunately was put on hold when the storm turned into a snow storm. I camped for three nights there waiting for it to pass. The second night was when I slid open the window during the night and a avalanche fell into the van. There was 6-7 inches covering everything. Fortunately it switched to rain later in the night and melted some away. Those first two nights were pretty rough. I felt like I was back sleeping in the Himalayas, and really could of used a warm body with nice girly smells to cozy up to. I decided that the worst way to die would definitely be freezing to death. In the morning after the snow there was no power from all the trees falling over the lines, and news helicopters were flying over head. 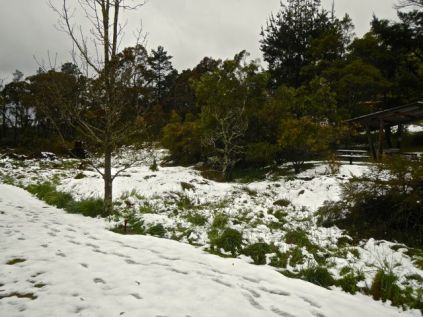 My babies all frozen 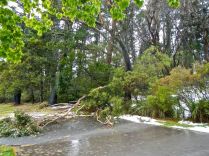 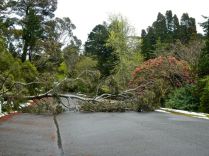 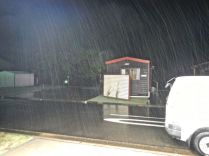 The previous year at the same time, they were dealing with terrible wildfires, go figure. It wasn’t all bad though. I could have been stuck in way worse places than the Blue Mountains. What an amazingly gorgeous landscape. They call it the Grand Canyon of Australia. I did some exploring on the motorcycle and found some stunning spots and vistas that seemed to make any stress vanish into the crisp clean air. The area is known for it’s rhododendrons and they were in full bloom. There is a rhododendron garden in Blackheath that is so pretty and peaceful. The flowers were unaffected by the storm and the snow around them added a special touch. I don’t know if I’ve ever seen so many vibrant colours all mashed together into such natural beauty before. I spent a couple hours just roaming in the gardens, enjoying the sweet smells coming from all directions. The green grass and leaves, white snow, brown bark, reflections off the bluish pond, and rainbows of blooms. I’ll be putting some pictures of it up, but here’s a few: 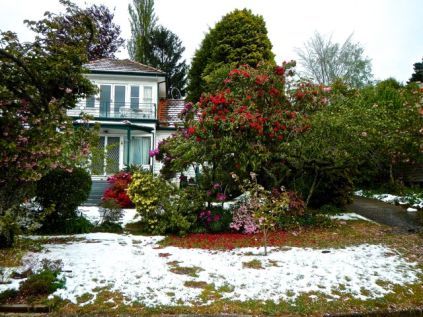 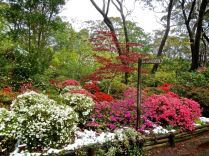 The Blue Mountains National Park is massive, with tons hiking trails to choose from. Down Megalong Valley Road there is a sweet free campground in a peaceful setting surrounded by canyon walls, large trees, and a small stream. I’m so glad I happened to end up there. I’ll put up some pics later of the area. A few Days ago I drove back to Sydney, and after a couple days of doing things here, and letting it warm up, I took the train back to Blackheath and picked up the motorcycle. I have to say, the 2 hour train ride there was much worse than freezing to death in my tin can van. It was fairly busy and I was sitting next to three women and a guy. The train conductor came on multiple times saying it was a quit train and to respect your neighbours this morning. I have no problem with people talking away, but these three ladies had the loudest, most cringe worthy voices I had ever heard. They proceeded for the entire ride to screech about The Bachelor and every reality show like it. Pretty much talking like they were best friends with the cast members, and acting like it was actual reality. No way any of that is set up right. The guy with them stared out the window most the time like he was thinking about jumping off the train. I imagine listening to a room full of crying babies, meowing cats, and nails on a chalkboard would be less repulsive. Thank god to be on the open road with nothing but wind in my ears. I’m now in the process of preparing everything, including all the paperwork, which I will write about. It’s quite the process to do this and get the bike sent out. It’s been a big learning process as I go, with a lot of googling. So hopefully I can put all the info out there for anyone else looking at doing a similar trip.

2 Responses to Getting a motorcycle and getting snowed into beauty