Domesticated in Dushanbe by visa trouble for 3 weeks

Posted on October 16, 2015 by Trueworldtravels 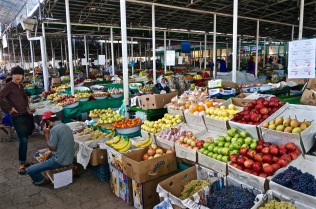 After an incredible time exploring the Pamirs, it was time to get a taste of city life. I was in need of my Uzbekistan visa so I could continue west, and Dushanbe, the capital city of Tajikistan, has an Uzbek embassy. I anticipated possibly needing around a week to sort this out, but that week quickly turned into three. It was an experience in the art of patience and teetering on the verge of madness. Although it was very frustrating, good times came out of it and I got a taste of the domesticated simple life for a while.

Riding along the Afghan border continued to give amazing beauty. 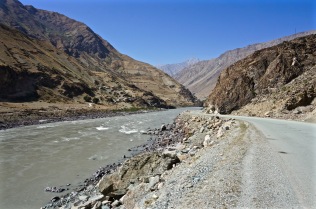 Through the steep canyon, small green villages popped up all along the Afghanistan side. Bright blue water comes from high up in the Hindu Kush down streams and into the grey fast-moving river. 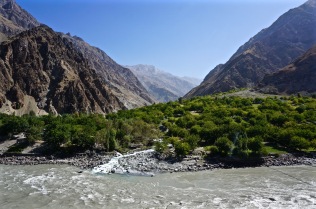 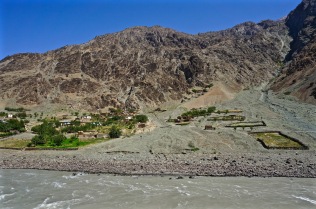 The valley walls get steeper and narrower until the route spits you out. 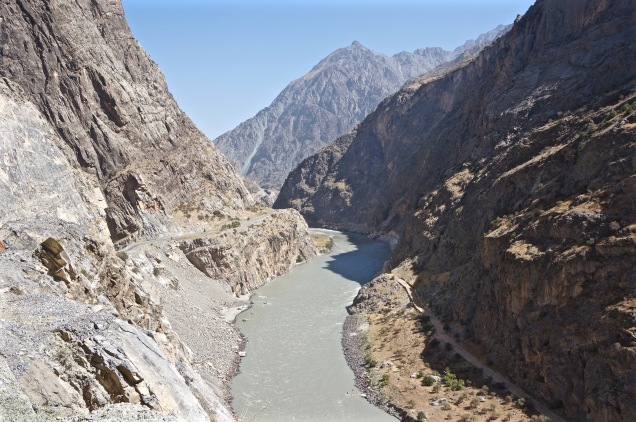 The landscape completely changes as you leave the border and begin heading west. 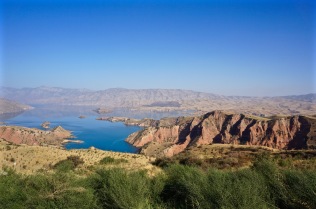 To get the Uzbekistan visa, citizens of most countries need a Letter of Invitation from an Uzbek tour agency, which is taken to an embassy to acquire the visa. A small list of countries don’t have this requirement and can apply directly at an embassy. America is on the list. A month earlier, I emailed Stantours, who sells the LOI, and they told me as a US citizen I wouldn’t need one and to just apply at the embassy in Dushanbe. After applying for the visa I was told to come back in a week, but when I returned was told that I had to get an LOI. No reason, just that it was my only option to be able go to Uzbekistan. To get this all sorted took another two weeks. Since I had to stay in Tajikistan so much longer, I had to spend over a week and four visits to the Ministry of Foreign Affairs getting my visa extended. Also during this time I got my Azerbaijan transit visa just to get it out-of-the-way. So basically I got stuck in Dushanbe for three weeks dealing with the joys of visas. I can think of fifty-eight thousand other ways I would have rather spent that time, but all in all it was ok. A big thanks to Caravanistan who helped me out in my time of need.

Traveling in the Pamirs definitely isn’t a culinary delight. The food isn’t bad, but can get a bit boring. Soup and hard bread can only go so far. The food in Dushanbe is nothing to write home about, but is a magical change of pace from the mountains. They love their bread and stuffing all sorts of things inside of bread or pastry dough. I had my few guys that I visited on most days for a snack. For some reason at my favorite corner shop they always called me Tony. As soon as they spotted me, “hey Toooony”. 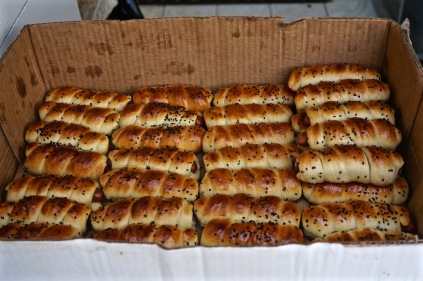 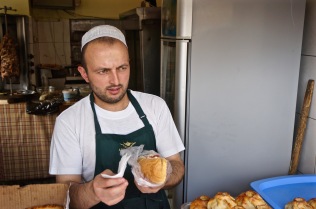 A lot of my time was spent at the green market, which is just down the street from the Green House Hostel. It was melon season, which meant trucks overflowing with massive juicy fruits at giveaway prices.

Everyday we would go down and load up on veggies to cook up that night, but the highlight was always the colorful fruit. The green market kept me alive for three weeks. 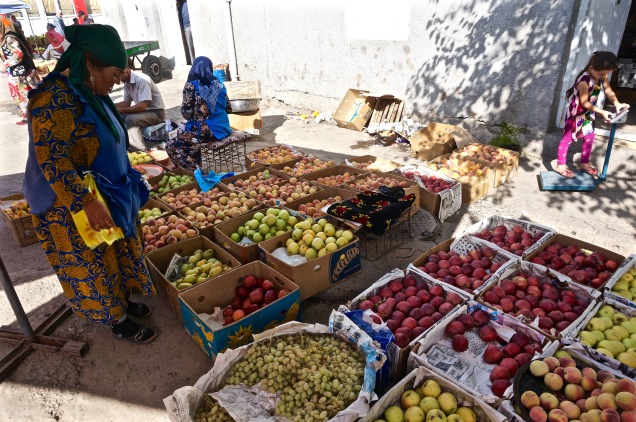 Tajikistan is a secular muslim country and it’s not uncommon to see a girl fully covered up in head-scarf walking alongside a girl in mini-skirt and low-cut shirt. Dotted around, you can find these small “bars” along the street, which are basically a sliding window that opens up to a tap and old fellow pouring mugs of stale beer. I enjoy the idea and meeting locals stopped for a drink, but it’s hands down the worse beer I’ve tasted in my entire life. 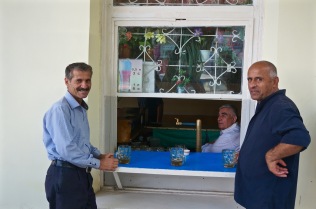 The hostel is located in a residential area filled with kids. They’re living how kids should be. Groups are out in the streets riding their bikes, playing games, and just getting into mischief. I feel like in a lot of places of the world now the kids are either sitting in front of televisions or smartphones. The kids are just out everywhere being kids. Parents aren’t worried about strangers or the trouble they might get into. I had a lot of fun goofing around with them. I got to know the ones who lived close by and would take them for rides sometimes. One day we had a massive hockey game in the middle of the road, which slowly disintegrated into a baseball game. Good times.

Being at a hostel for three weeks gives you the time to meet a lot of people. Most only spend a couple of days and then go on their way. Short-term friends are made and lost in a flash. In-between all the people just popping by, their were a handful of other long-termers. It begins to feel like a family. You do everything together and get to know people  quickly, and it can be a little sad when they go.

In between all the paperwork and applications I was dealing with, in the three weeks I only managed to get out of the city once. To the north of Dushanbe are the Fann Mountains, which are full of trekking to gorgeous blue mountain lakes. I didn’t even manage to reach one of the lakes, but got a peek of the snow-capped mountains. I’ll have to save it for another trip if I ever make it back. 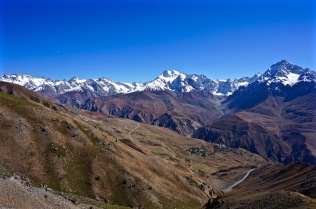 My time in Dushanbe was pretty uneventful, just very relaxing. The most action was getting drunk on cheap vodka at the hostel and going to the Irish Pub. Luckily there was a very fancy Hotel in town that didn’t know the difference between me and a paying guest. I spent many hours working out at their gym, swimming in the warm pool, and chilling in the sauna. One other thing came out of my time in the capital. I chopped off all my hair. It was well down my back and one day I just decided I’d had enough. A stroll around town led me to an older man with an all-star beard. For a couple bucks he butchered a couple of years of hair. It was time for a fresh start and it feels oh so good to be free of it. It won’t stay short for long.